5 Films That Actually Deserve a Remake

While it is relatively easy, and in a lot of instances, right for horror fan’s to bemoan at the constant remakes of the genre’s iconic film’s it constantly surprises me why more filmmakers don’t look at older, less classic films that have a great concept but did not reflect this in their execution. Look at Texas Chainsaw 3D for example.

We really don’t need another TCM film that will only have the effect of diluting the franchise dry. This years remake of We Are What We Are has me really intrigued and is a whole different story however since the original didn’t impress that much but had an interesting story. Furthermore the director behind it previously directed the very impressive Stakeland. Nuff said. So here are in my personal opinion the top 5 pick of horror films that deserve a remake.

In my opinion Del Toro’s weakest film. It contains Del Toro’s imaginative elements but not an equally expert execution as in later film’s like The Devil’s Backbone or Pan’s Labryinth. The performances and, crucialy the story is solid; and quite original.

The visual elements, though interesting don’t have the same mesmerizing impact as his later films however and a remake (perhaps by Del Toro himself) would provide a another opportunity to better explore the central story in a more interesting direction and perhaps improve the visual elements so they are at a level of impact we now come to expect of Del Toro.

An interesting and relatively original story that harks back to older films like White Zombie and I Walked With a Zombie with some interesting sequences but a forgettable film from Wes Craven as a whole.

Would love to see it with modern practical effects. A remake could in my view make it a whole lot more atmospheric and scarier. We really havent seen these kinds of voodoo zombie films for a long time and I for one would be very interested in a modern take on it.

The original adaption of this was in my view absolutely terrible. Was mis-cast, contains mediocre acting and very clearly limited by its budget. Kings original novel has quite an original apocalypse story at its heart that could make a great feature length film if properly realised.

As much as Shiver’s is my favourite film of Cronenberg’s, as an early film in Cronenberg’s cannon Rabid is less refined than his late films and doesn’t have the same impact throughout it’s running time as, even Shiver’s. Would be interesting to see a director’s new take on it. I feel that such a opportunity could really improve the central story and narrative. Would also be guaranteed to benefit from improved acting and performances.

Despite a decent first film the rest of Sony’s current franchise are all in essence CGI heavy action fests that have no relation to the video games series horror high points. A faithful film adaptation of the original great material could provide an awesome opportunity for some top-notch practical effects, a fairly original zombie film narrative, interesting character’s and above all a properly terrifying horror film. 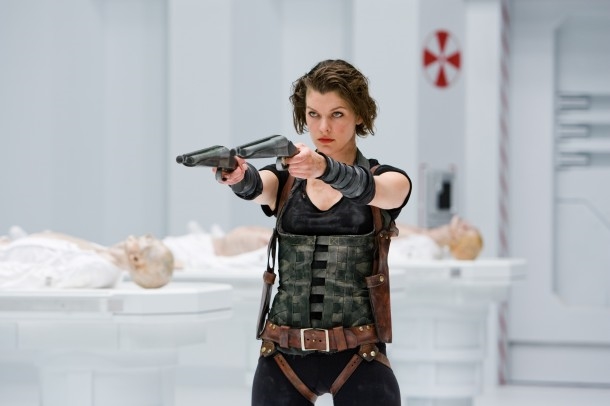