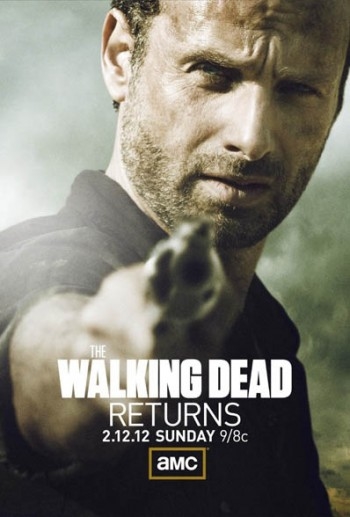 Norman Reedus in an interview with EW went off on Walking Dead Season 2haters and although its a lengthy speel it can be summed up with he told us to go f*** ourselves.

I am one of those Walking Dead Season 2 complainers and as much as I am a Norman Reedus fan and respect his passion for his work he needs to remember that without us he has no job. He told EW quote;

“People are going say whatever they’re going to say anyway. If we killed a zillion zombies last season everyone would say, ‘There’s no storyline, they don’t talk enough.’ So f— ‘em! I’ve been trying to get into Game of Thrones. I can’t tell if it’s the future or the past, but those motherf—ers talk the whole time. Do I gotta bitch about it, or am I going to watch it and enjoy? I’m going to watch it and enjoy. People are going say whatever they say. You have to talk to tell a story. It’s not a cartoon. The pace this season is definitely amped up. We’re just talking faster.”

I know how he feels since on a daily basis people like to criticize me for having the gall to run a horror site with no writing experience. I have had other so called journalists even post on our site trashing us. So I respect a guy who is passionate for his work but I still think he needs to pull his punches.

Andrew Lincoln had a much more diplomatic response to the Walking Dead Season 2 controversy without crapping on the fans telling EW quote;

“I don’t watch the show, and I don’t read reviews. I stay out of the equation. All I knew is, I always had a sense that they wanted to play it out as a big movie. They always wanted to say that it’s a big story we’re telling and if you stick with it you will be rewarded. That was always Frank’s intention and Glen’s too. I shot it, so I was like, ‘I know what’s coming.’ I remember doing a lot of press for Spain, and Spain was going, ‘More Zombie.’

And I was like, ‘Please believe me, there is more zombie killing coming.’ Of course we want to get the balance right. We’re still learning what works and what doesn’t work. You can please some of the people some of the time, you can please all of the people some of the time. You can’t please all the people all the time. That’s just taste, and that’s cool. What I keep saying to people is that there is a very vocal, very extreme group of people that want a certain thing from this show. And they will watch this show. They will because it is extreme — more extreme than any f—ing thing I’ve ever been on. And the stuff we’re doing this season is out of the ballpark — it’s crazy what we’re doing this season.”

What did you think of Season 2 of The Walking Dead? Is Norman Reedus right or do fans have a right to voice their disappointment? I think the key thing the cast and producers need to remember is that we are NOT haters. We are die hard fans who are voicing our opinion because we love the show and want to see many more seasons of it.