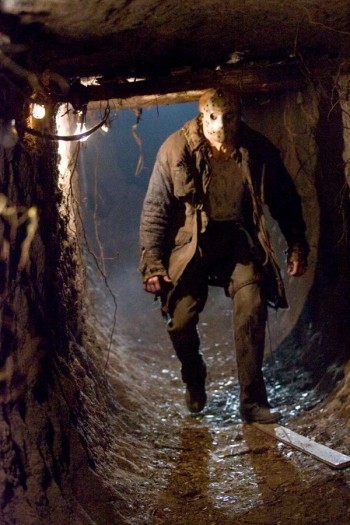 We have just learned some new details on the upcoming Friday the 13th movie and they most likely won’t make many Jason fans, like myself, very happy.

I have just confirmed via a reliable source the Friday the 13th 3D rumors that have been swirling around since late 2011.

According to my source the new Friday the 13th will indeed be a found-footage film so long as Paramount’s current plans stay on track. This is a style that fans have emphatically regarded as not right for the franchise.

With the rights fully back in the hands of Paramount plans were really up in the air as for what direction the series would go in.

Would it be a direct sequel to the “reboot” or carry on from the original films? Though where it would pick up from there would be a whole other ordeal. Well, it seems that they really want to mess with us and disappoint us with their plans for the thirteenth Friday the 13th. Not only will it be shaky-cam, but it will also be yet another reboot of the series.

I’m sure the fan uproar against this will be plentiful. As a fan of the 2009 film, I thought it fit in well with the original series (with its plethora of series references) while bringing a modern style to it.

Guess we’ll wait and see how this all turns out. Hopefully some good news will come out of this. I would love to see Derek Mears return as Jason.