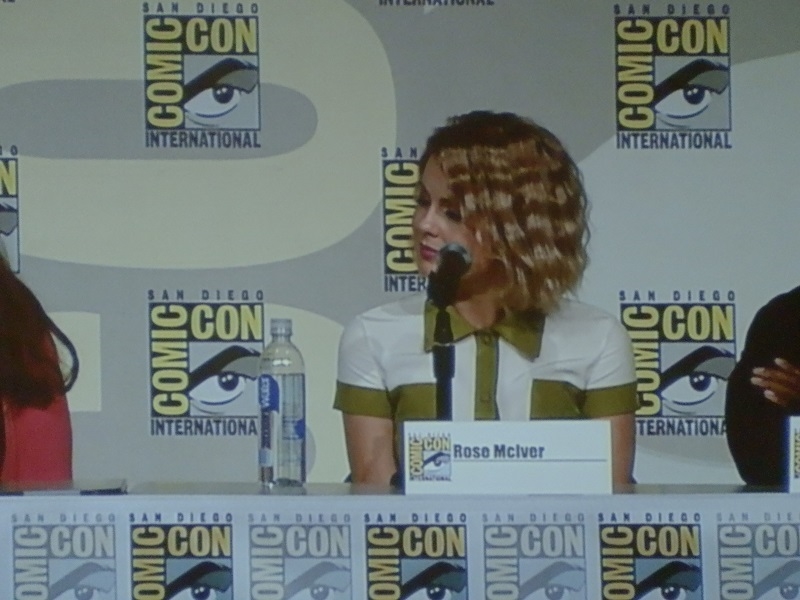 “iZombie” was originally billed to be at San Diego Comic-Con with a full-length pilot to show to curious attendees, however, a last minute change forced the CW to present a pilot that was far from complete.  According to Rob Thomas, who took to the stage after the pilot, the production was forced to recast a few actors and that was going to require an extra three days of shooting.  In the meantime, they weren’t able to show the pilot in its complete state as they had to cut out certain parts until they were recast.

And while we saw a pilot that was a little chopped up and disjointed, it still got a great reaction from the audience and showed a lot of promise.  First, and foremost, if you’re looking at this and hoping it’ll be the next “Walking Dead”, you’re going to be let down.  If anything, this is a middle ground between “Buffy the Vampire Slayer” and “Veronica Mars.”  And that’ll probably delight Rob Thomas fans who have come to expect quirky and strong female characters.

Main character Liz (Rose McIver) is your typical mousey college girl who keeps her nose in the books and her eyes on her future.  However, when she’s finally convinced to cut-loose and attend a wild frat party, her life is changed forever.  A new designer drug is being passed around at the party and the side-effects include turning people into the undead.  Liz, being the good girl that she is, never takes the drug.  However, she’s one of the few that doesn’t and now she has to fight off bikini clad zombie girls and dude bros of the dead.

Somehow, Liz manages to survive the the sudden zombie outbreak, but not without a few injuries.  Typically, this would be where the story ends for Liz.  She’s been infected, so by standard zombie rules, she’s doomed.  However, Liz’s transformation is a unique one.  Though she is slowly becoming one of the undead, she manages to retain her smarts and spunky attitude.  But, if she doesn’t eat a brain every now and then, she’ll completely regress into an insane super zombie.

This leads Liz to taking up a job at the coroner’s office where she is able to discreetly munch on a few brains without anyone knowing.  In the pilot, we see that her favorite method is to whip up some ramen, throw in some brain chunks, and top it off with a bit of hot sauce.  During the Q&A panel they revealed that the brain matter is made out of soy products or fondue, but they haven’t figured out a way to make it taste good, so they have to have a puke bucket on hand whenever Rose McIver eats the concoction.

Despite being careful about her recent acquired tastes, Liz is caught by her new boss Dr. Ravi (Rahul Kohli).  In a nice twist, Dr. Ravi doesn’t freak out about the discovery and is instead immediately fascinated by Liz’s zombie condition.  The first thing he asks, upon seeing her eat brains, is “Do all zombie use hot sauce?”  Ravi and Liz have an excellent dynamic and their playful relationship was a highlight of the pilot.  It reminded me of Buffy’s relationship with Xander and Giles, with Ravi playing both friend and intellectual guide.

In the pilot, Liz discovers that by eating brains, she gains the memories of the person she is eating.  This comes to light when Liz and Ravi are working on a Jane Doe.  When Detective Clive (Malcolm Goodwin) comes to Dr. Ravi asking if he’s found any clues, Liz accidentally blurts out that the Jane Doe was arrested in Canada for shoplifting.  Obviously, not something that would be determined by an autopsy and Clive demands to know how Liz would know that.  However, Ravi covers for her by explaining to the detective that Liz is psychic.  It’s completely goofy and dumb, but its meant to be and it sets up Liz to be Detective Clive’s “psychic consultant.”

Liz can also gain personality traits by eating brains.  For example, in the pilot, Liz becomes a kleptomaniac because of the Jane Doe’s brain.  This can lead to more dangerous situations in other episodes.  We were told that in another episode she becomes a sociopath.  So there’s a lot of room for variety and intrigue.

From here, the pilot plays out like your typical crime procedural with plenty of twists and turns as Liz, Ravi, and Clive try to solve the murder.  Between all that we get to see Liz deal with her personal drama as her family and friends confront her about her odd behavior and changes.  This includes her ex-fiance Major (Robert Buckley), who looks to be the on again/off again love interest of the series. I have to say that Robert Buckley was the highlight of the panel and was incredibly funny.  He described himself as “the Daniel Day-Lewis of mediocre acting.”

I won’t spoil anything else about the pilot, but I will say that we do get to see Liz go super zombie during the first episode.  In this mode, Liz loses control and gains super-strength, speed, and an insatiable appetite for brains.  So while you can see how it would benefit her crime fighting activities, it can also be a danger to her friends.

My greatest concern for this series is that it’ll become too procedural.  We don’t need another cop show that follows the formula of (insert weird condition) + crime = unique crime solver.  In order for this show to truly survive, it’ll need some intriguing plot lines.  In the pilot, we learn that Ravi is trying to cure Liz so she won’t be a zombie, but that isn’t enough to carry a series.

However, during the Q&A panel, they did drop a few hints as to where the series would go.  They revealed that Liz wasn’t the only one to survive to the initial zombie outbreak and that there will be a villainous zombie with the same gifts as Liz.  Plus, there are some questions as to whether or not the designer drug was really the cause of the outbreak. So there will be some mysteries to figure out as the series goes on.

That being said, they did drop one giant red flag during the panel.  In the “iZombie” comics, we get to see a few other monstrous creations pop up including a Mummy, werewolves, ghosts, and vampires.  However, Rob Thomas seemed to indicate that we wouldn’t be seeing any of these things on the show.  Or, at the least, they currently didn’t have plans to introduce them in the first season.  A major disappointment as these aspect would have gone a long way to separate “iZombie” from other procedural shows.

If you’re only looking for horror, “iZombie” is too watered down and plain to satisfy your zombie needs.  This is a CW show, so expect pretty people with pretty people problems and not-so-scary monsters .  You’ll get a little blood and a lot of death, but it probably won’t be any worse than “Supernatural.”  In fact, nothing in the pilot looked as violent as “Supernatural.”

However, if you’re looking for a genre show that you can watch with the whole family, this looks like decent fun.  The humor was fast and plentiful, in the vein of “Buffy” and “Veronica Mars”, and the characters were inoffensive and enjoyable.  It runs the risk of being bland, but if they’re willing to take some risks and add in more horror elements, then its possible “iZombie” could be another cult hit. 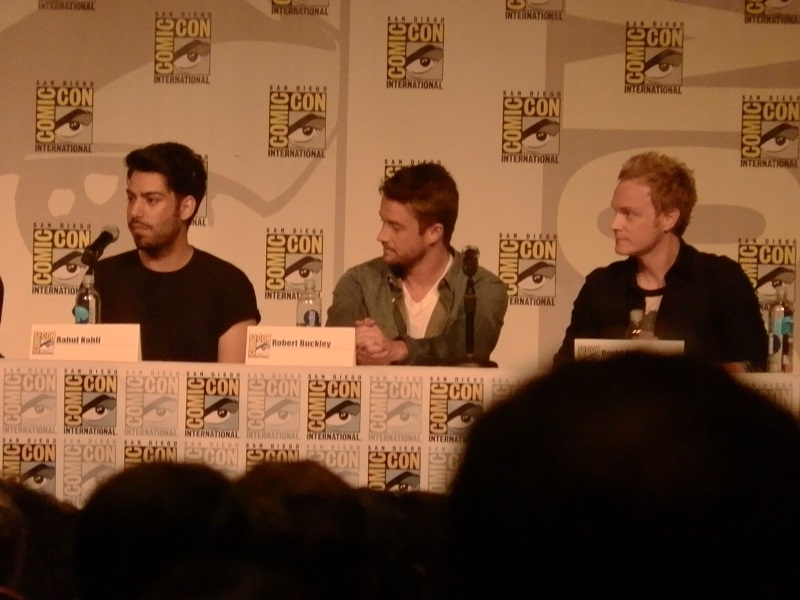