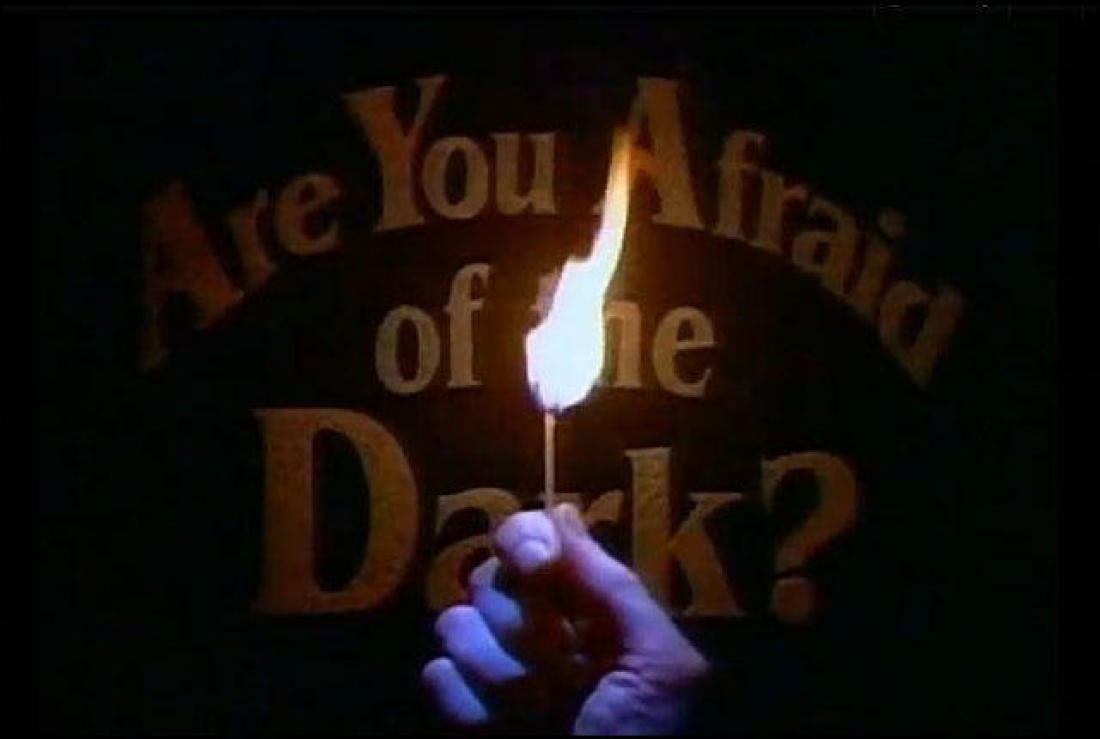 This week I had planned to do the final installment of my three-part series on Top Ten Body Part Traumas but I decided instead to switch it up a bit and bring you this fun list instead. One of my beloved past times has always been to catch a little taste of terror on the telly.

Before we had VCRs and DVDs to allow us the privilege of satisfying our cravings for the creepy, horror TV filled those gaps between films very nicely. And now, thanks to the miracle that is DVD, we can watch them over and over again any time we choose. The only criteria for a show to find its way on this list was that it had to be spooky, it had to be an anthology series, and it had to be one that I loved. So here you go: Top Ten Anthology Shows

Though marketed for an audience of youngsters, therefore never overly scary, this show which chronicled the meetings of The Midnight Society was a fun introduction to horror for children. I used to watch this show myself as anthology series were hard to come by in the nineties, and found it quite entertaining. It deserves a spot on the list if for no other reason than it was a great way to bring the kiddies into the mix.

There were only six episodes of this series created by Wes Craven but it was an interesting foray into horror. Robert Englund was Blackie the mentor. He aided the two main characters, who found themselves trapped in an all night café upon their death in helping other lost souls with second chances to right wrongs from their past. 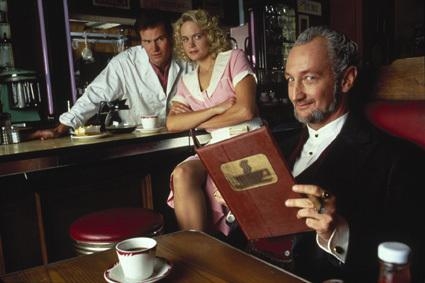 How can I not give some love to Hammer? This British anthology show boasts guest appearances by horror greats such as Peter Cushing and included tales of witches, demons and werewolves to name a few. If you have never had the chance to see this show, I recommend you check it out.

Hot on the heels of A Nightmare on Elm Street’s success, comes this show featuring Robert Englund reprising his role as wise-cracking Freddy. Each week he would weave a tale of horror based on the residents of Elm Street. Being a big NOES fan, I used to watch this show religiously because you can never have enough Kruger. 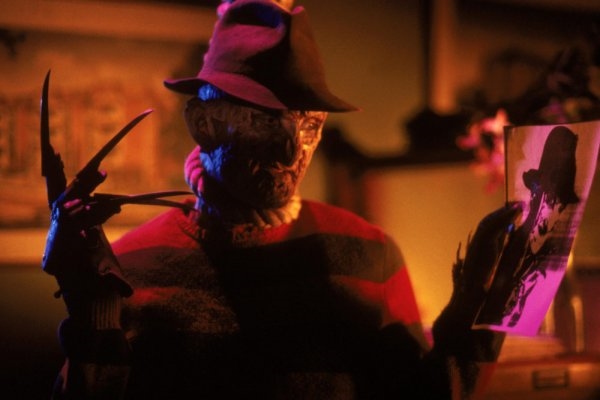 Of course this show needs no introduction. Everyone knows about Masters of Horror. Unfortunately there were only two seasons on Showtime but season 3 can be found on NBC as Fear Itself launching May 29th. Some of my favorite episodes are Jennifer, The Fair Haired Child and Right to Die. Gruesome and gory and tons of fun, this show is a must watch for any horror anthology fan. 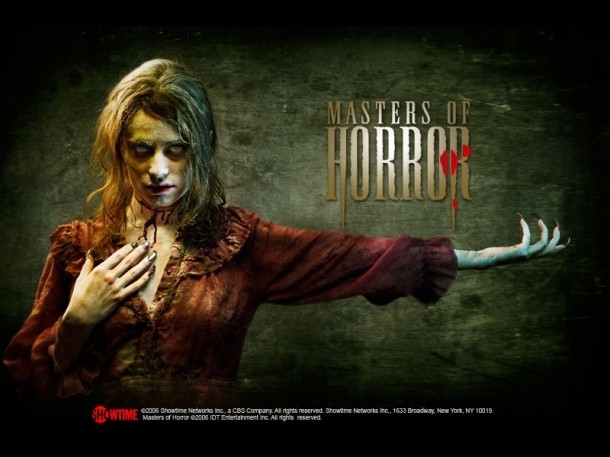 Long running and loved by all, Tales From the Crypt was the first cable horror anthology show to give us uncut episodes with naughty language and some nudity. This HBO series was later syndicated on FOX. I have to admit that although I did enjoy it, it wasn’t one of my favorites. But the timing was great because there was pretty much nothing else to watch in the nineties in the way of horror TV. 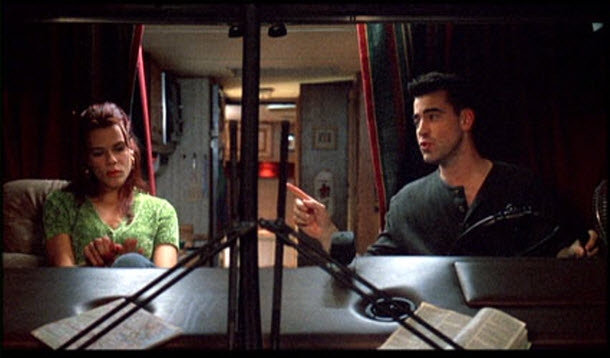 Monsters was the little show that could. Just when Tales From the Darkside was reaching its end, and I was about to be really upset, this show debuted to make me feel better. They aired back-to-back briefly, creating the coolest horror hour in television at that time. I know they did it just for me. It had a fairly low budget but it was fun and spooky and had one of the greatest opening credit sequences. Just hearing the music meant something cool was about to happen. My favorite episodes of this show were The Waiting Game and Shave and a Haircut, Two Bites. 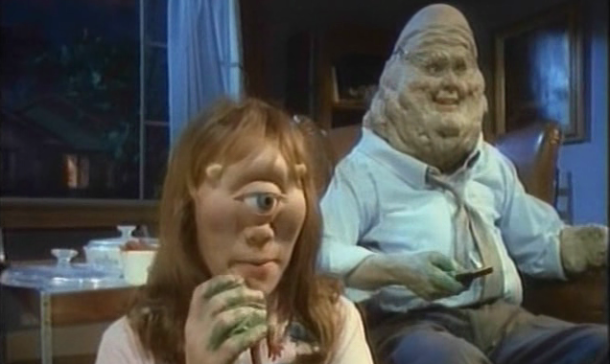 Even before Rod Serling took us on a journey into the Twilight Zone, Master of Suspense Alfred Hitchcock gave us his own tales of terror. No list of series would be complete without it. Who can forget Barbara Bel Geddes beaning her hubby with the leg o’ lamb then feeding the evidence to the unwitting cops? Classic. 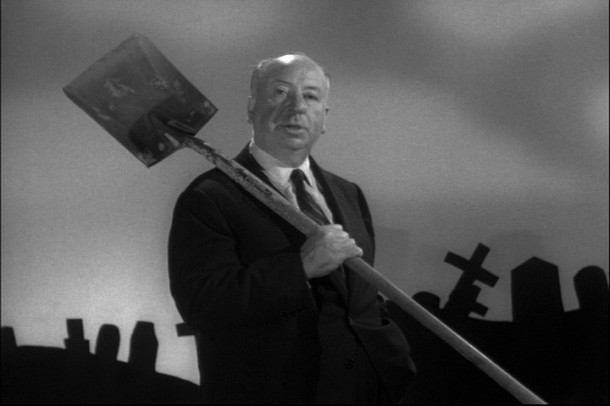 This is another show hosted by everyone’s favorite smoking, suit-wearing Emcee, Rod Serling. The premise was that each episode he would walk us through an old museum and pick a painting to tell a story. I was unable to catch it’s original airing (because I wasn’t to be born until after it was cancelled) but I remember many late nights sitting up with my grandfather hoping to be scared out of sleeping through the night. Steven Spielberg’s directorial debut was the episode Eyes. 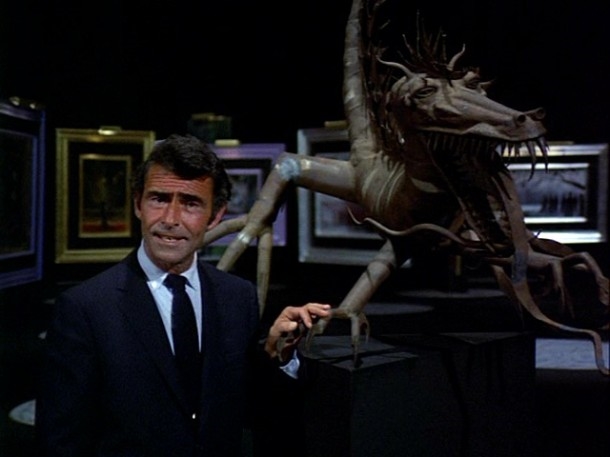 I am aware that many of you will not agree with this, probably expecting me to place Crypt in this coveted slot but, as you can see, I did not. Tales From the Darkside will always be my personal favorite. From the opening credits (which I would quote along with the TV) all the way to the super fast rolling end credits, I would sit transfixed in front of my television each week. True enough it was rather hit or miss but when it hit, it hit hard. Some of the more fun episodes for me were Seasons of Belief (The Grither), A Case of the Stubborns (where grandpa refuses to believe he’s dead), Word Processor of the Gods (based on a Stephen King short story) even if it was one of the cheesier ones, Do Not Open this Box (don’t mess with death) and Halloween Candy.

For those we can no longer find on the tube, I am happy there are DVDs. Except, of course, for my favorite. Until then I will have to remember fondly and catch the reruns sporadically on Sci-Fi. If this list includes any shows you are unfamiliar with, give them a watch when you get the chance. We rarely get good stuff like this anymore. 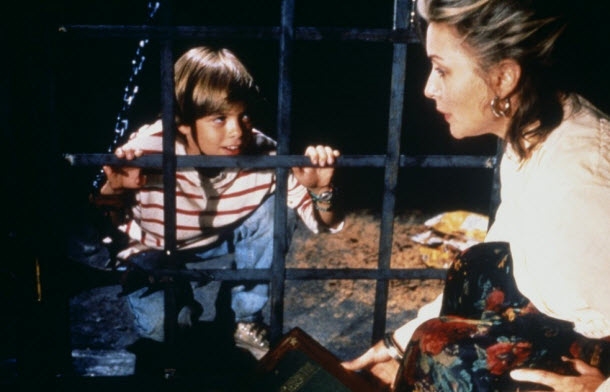 Twilight Zone (1959-1964)156 Episodes – The honorable mention this week goes to The Twilight Zone. As badly as I wanted to include it in the main list as number one, it just wasn’t horror. The Twilight Zone was mainly science fiction with a smidge of the supernatural thrown in here and there. But even if I can’t list it in the Top Ten I have to give it a “holla.” For where would fans of the macabre be without Rod Serling? This show has enjoyed two reincarnations, one in the eighties and again more recently hosted by Forrest Whittaker, but neither of those compares to the original. 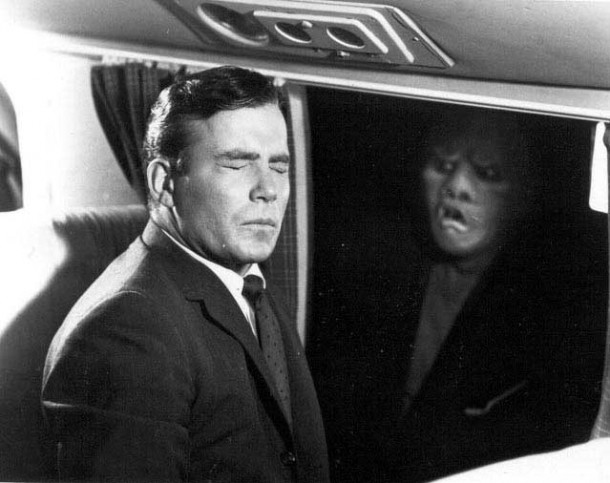