I did an article quite some time ago asking Why do horror fans hate George Romero?

I asked the question because I just don’t understand why some people give him so little respect. I feel this disrespect comes from a younger generation of horror fans who do not honor his contributions as much as us older fans do.

George Romero’s last few zombie flicks have been mere shadows of his original zombie trilogy but he is still the father of the zombie movie genre and is also one hell of a nice guy.

Nobody can take either of those titles away from him although as of late he is doing a good job of shedding the nice guy title all on his own.

Having met George Romero 3 times and interviewed him I can not emphasis enough what a humble and nice guy he was which is part of the reason I am so shocked to see so many nasty comments coming out of his mouth.

When I asked him in person what he thought of people remaking his movies and putting out garbage like Day of the Dead Contagium he was polite, respectful and a gentleman. So why all of a sudden has that changed when it comes to The Walking Dead?

‘first of all, just pisses me off.  I mean, we did it.  We did it, and we should have been involved if anyone was going to do it.

I am an unapologetic defender and fan of George Romero’s and even I can not defend the position that just because he is the father of the zombie genre nobody else should do it without him. It gets even weirder when you consider that the team behind The Walking Dead apparently did want to involve him and tried hard to get him to work on it.

Not only did he turn that opportunity down he took the time to run them into the ground in an interview with the BigIssue saying quote;

“They asked me to do a couple of episodes of The Walking Dead but I didn’t want to be a part of it,”

“Basically it’s just a soap opera with a zombie occasionally. I always used the zombie as a character for satire or a political criticism and I find that missing in what’s happening now.”

I actually agree with Romero that The Walking Dead up until this season had become a massive soap opera but I also think that what makes the show appealing to such a large audience. As much as Romero is crapping on the show I think they are taking a page right out of Night of the Living Dead by commenting on society around them and relating to the audience of the times.

As much as I love George Romero even I have to admit that the best defense I can give that new quote we just found is I hope they misquoted him. Either that or he has suddenly turned into an egomaniac which really upsets me as a long time fan of his work.

What do you think? Is George Romero right? Or is he loosing touch? Or has he been misquoted? 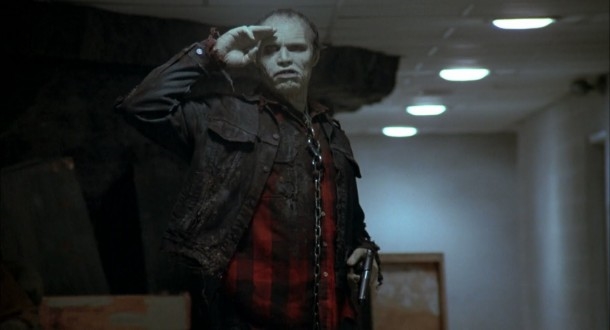