I don’t want to come off as harsh but the TWILIGHT movie franchise is a vampire abomination. Oh it’s based off a series of books? Ok well that is an abomination as well.  Where 30 Days Of Night was the greatest modern Vampire movie ever made Twilight is the worst piece of drivel to ever squat and crap on the vampire genre.

With that in mind I have decided to share the top reasons why Twilight Ruined Vampire movies. Worth noting many associate horror movies with males and feel that Twilight is for a younger female audience who like ‘this sort of thing’.

So don’t blame all women for Twilight, and most certainly don’t blame female horror fans or they will come after you like Vlad the impaler. If you happen to be one of those people who like Twilight clearly this editorial is not for you. We wont judge you, but you probably should turn away now! Lets get right to my list.

Point to one vampire movie where Vampires sparkled / glittered or threw around pixie dust. Vampires are not your buddy and they are not tinkerbell. If they go into the sunlight they don’t sparkle / twinkle or smile all sweet they explode into a fireball of bloody burned crispy bits.

Since when did vampires have governments that over saw their actions? Vampires follow rules? The only rule a vampire follows is they are the villain and you are the victim. Or in more simple terms they are hungry vile creatures and your dinner. They don’t follow rules of etiquette and they sure as hell don’t have tribunals over forbidden love.

Although I do wish Abe Lincoln Vampire Hunter would meet up with that brat Cullen. 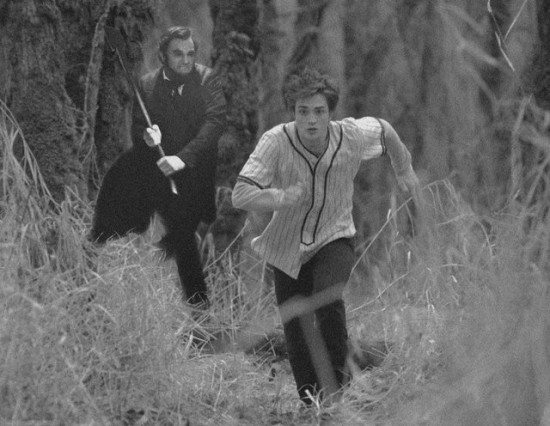 Vampires Dont Come out in Daylight

This one will sort of follow under sparkling. Not only do vampires not sparkle they don’t go out in sunlight. They are night stalkers. The one and only exemption to this rule is Blade who is a half-breed bad ass who will rip your throat out and stick it in your pocket.

Edward Cullen not only shouldn’t be allowed to walk in the daylight if he did encounter BLADE he would piss in his pants and run home crying to Bella.

Vampires don’t sit around brooding and grooming themselves with trendy hair product while giving you knowing glances Vampires are not polite and they sure as hell are not 100-year-old virgins.

Vampires are better than you. They are Stronger then you and you are their dinner. Lusting, feeding, killing are the vampire way. Not sparkling, cuddling and brooding.

Vampires don’t fall in love with humans and Vampires are not seduced by humans. A 100-year-old immortal vampire is about as likely to enter into a monogamous relationship with one woman as I am going to stop thinking Selma Hayek is the hottest vampire cabaret dancer ever.

Hate Twilight? Share why you think it’s an abomination to the vampire genre. Love Twilight? Be brave post why you like it so much. Keep it fun keep it entertaining but don’t make it personal.