I absolutely loved François Simard, Anouk Whissell, and Yoann-Karl Whissell’s Turbo Kid. It was my favorite film of last year, just loved it. But, I think it’s fair to say that Apple, played by Laurence Leboeuf, totally stole the show. She was just charming, adorable and totally bat-shit crazy!

So, with the awesome soundtrack which included Le Matos‘ No Tomorrow, a music video has been unleashed from RKSS, and it kinda gives us a little backstory to Apple. It doesn’t go as far back to her creation, but it gives us a little more insight into her world. It’s just as fun as Turbo Kid, so give it a shot below and see what you make of it?

Synopsis: Set in the Wasteland of a post-apocalyptic parallel future of 1997, an orphaned teenager named The Kid is scavenging for relics when he befriends a mysterious girl. Yet, when she is kidnapped by Zeus, the tyrannical leader of the Wasteland who murdered The Kid’s parents, The Kid must face his ultimate destiny: destroy Zeus, avenge his parents’ death and get the girl of his dreams.

Speaking of a prequel, would you guys be interested in a prequel to Turbo Kid or would you like something else? Let us know.

For more information on Le Matos, hit up their official Facebook page. 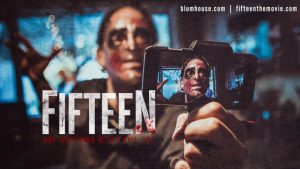