To call Stephen King’s current body of work “extensive” would be an understatement.  To date he has written over 50 novels and nearly 200 short stories and that’s not counting the various non-fiction, collections, and novellas attached to his name.

With such a wide breadth of work it’s no surprise that his bibliography has proven to be a vast and rich vein for filmmakers to mine.  Over the decades there have been over eighty various adaptations of his work including films that were straight adaptations of novels, based on his ideas, or sequels to films based on his work.  And that’s including both cinematic releases and television events.

Today I’ve decided to rank what I consider to be the very best Stephen King film adaptations. This means I’m only looking at his adaptations that were theatrical releases, so I won’t be talking about “It” or “The Stand” here since those were TV mini-series events.  We’re also focusing on horror so “Shawshank Redemption” won’t be appearing on this list, even though it’s probably one of my favorite King adaptations.  That being said, on with the list! 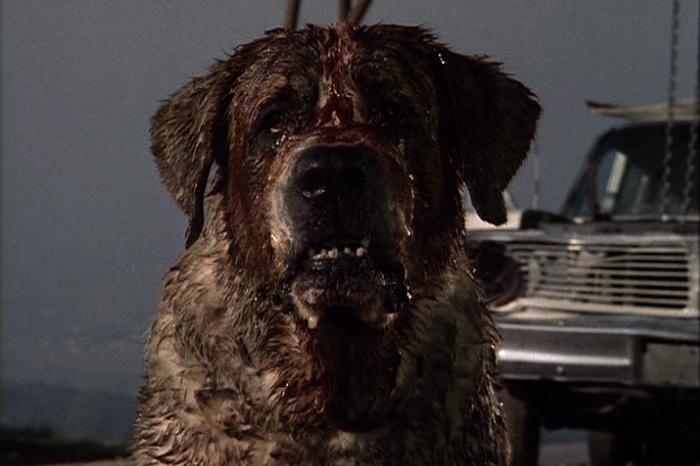 The all-American tale of a boy and his dog gets flipped on it’s head when Cujo transforms from a big loveable mutt into an unstoppable killing machine. I had to put “Cujo” at number ten because while I think it’s a good film, it’s certainly the weakest of the best.  The film basically starts where “Old Yeller” ended, but this time the dog breaks loose and goes on an insane rampage. It’s a pretty straightforward tale that plays on the tragedy of having the most loyal member of the family become the source of terror.  It’s a decent “killer animal” movie that manages to make the animal sympathetic, something rarely seen in movies of this nature. 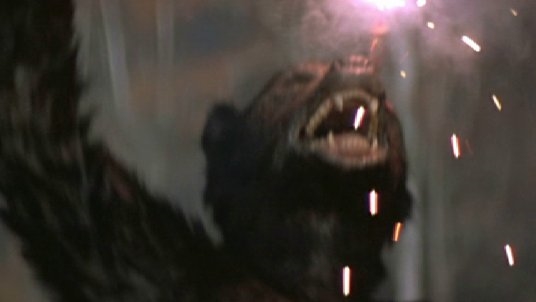 A werewolf is terrorizing a small town, but nobody knows that a monster is on the loose except for a boy in a wheelchair.  With no one willing to believe him, he sets out to take on the werewolf himself.  “Silver Bullet” is an excellent example of ’80s kid horror films.  It wasn’t super dark and overwhelming, but it was just edgy enough to not be kid friendly. It was a great gateway film for kids starting to get into horror at the time and the film still holds up as a decent werewolf tale. It tends to get overlooked when people talk about werewolf films, but “Silver Bullet” has an endearing quality to it that gives it a bit more soul than other films. 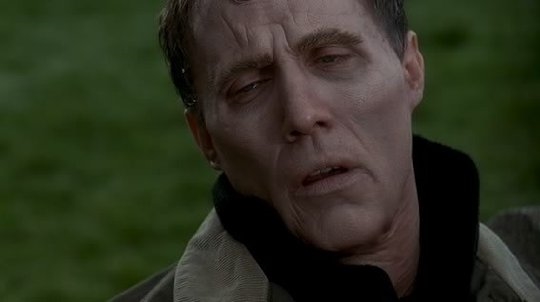 An overweight lawyer becomes the victim of a gypsy curse that causes him to waste away until he’s just skin and bones.  Teaming up with a mafioso, the lawyers sets out to try and undo what’s happening to him. “Thinner” is not a well liked movie, and probably for good reason, but I still think it’s a really enjoyable and entertaining piece of work.  Like the calorie-ridden food lawyer Billy Halleck consumed, the film was junk food with no substance.  It could’ve been about the importance of taking responsibility for your actions, but instead it’s all about a crazy-ass lawyer, gypsies, and Joe Mantegna giving the most brilliantly stereotypical mob performance ever. Also the scene where Billy gets cursed is hilarious. I find myself saying “Thinner!” more than I’d like to admit. 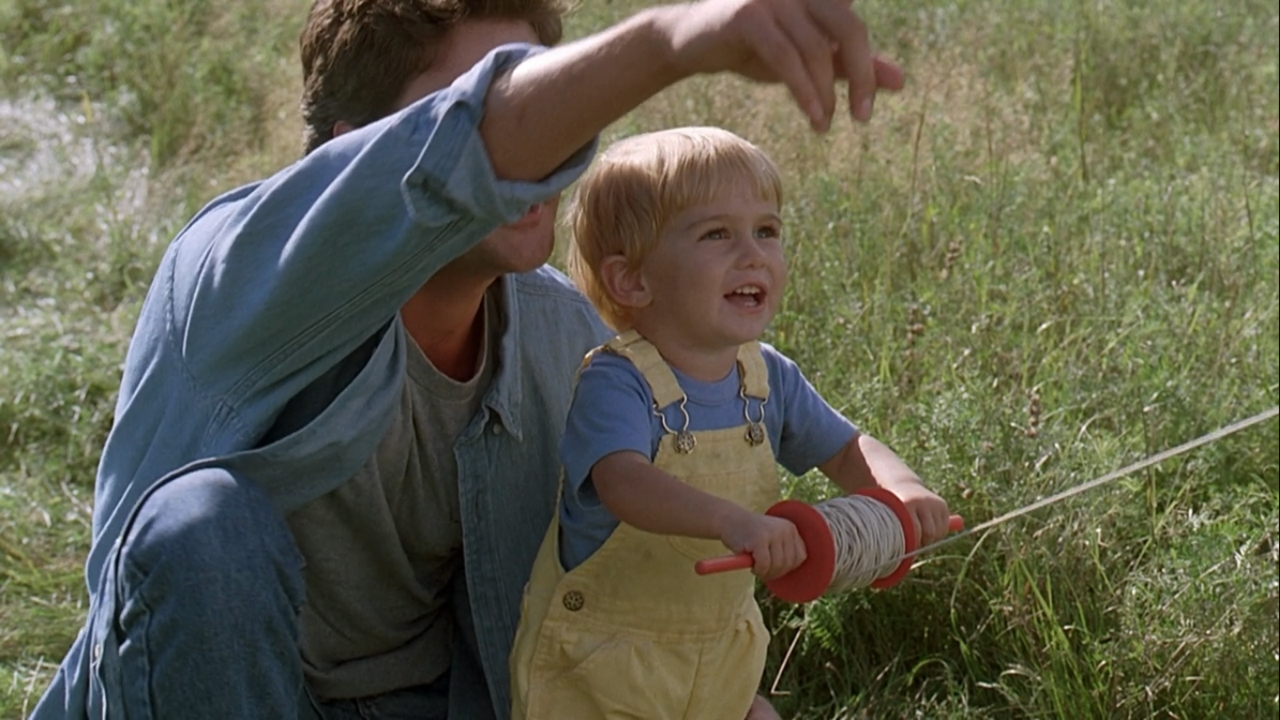 A family moves to a small town and discovers that their new home is located right next to a pet cemetery, but this cemetery is unlike any other cemetery.  Whatever you bury there comes back to life.  I think “Pet Sematary” is one of the most emotionally relatable King adaptations. Everyone’s lost a loved one or an animal, so it’s easy to see how one would give in to the temptation of bringing them back to life even at the risk of them being murderous monsters.  It’s not a perfectly executed film, but it’s a heartbreaking tale that delivers on some creepy chills and features probably one of the most terrifying child actors ever.  Speaking of terrifying children…

6. Children of the Corn 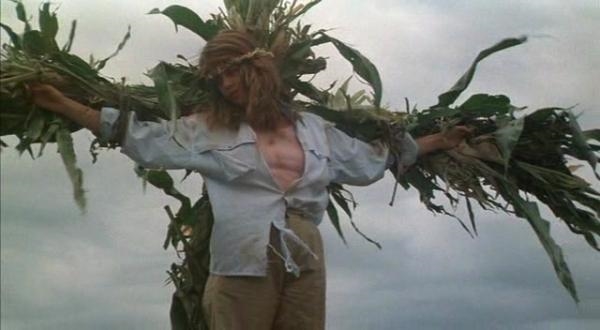 A young couple stumbles upon a town that is seemingly deserted. However, they soon realize that all of the adults in town where murdered by their children who now worship a menacing figure known as “He Who Walks Behind the Rows.”  Children have been scary since the beginning of time, but “Children of the Corn” really helped to solidify that idea.  These days when people talk about horrible kids they reference “Children of the Corn.”  The film itself is pretty fun and plays on the natural fear that our spawn are inevitably going to kill and replace us.  Also, it has a pretty great iconic scene. OUTLANDER!

When legendary horror director George Romero and infamous horror writer Stephen King put their minds together they created “Creepshow”, a horror anthology that plays like a love letter to pulp comics.  “Creepshow” probably best embodies King’s work and does so in a way many of his works were probably meant to be seen.  A lot of problems that King adaptations face is that they’re attempting to adapt short stories into feature length films.  “Creepshow” takes those short stories and presents them in the size and format best suited for them.  The film also features King in a starring role, not just a cameo appearance.  “Creepshow” is not only a fantastic Stephen King adaptation, but it’s also regarded as among the best horror anthologies. 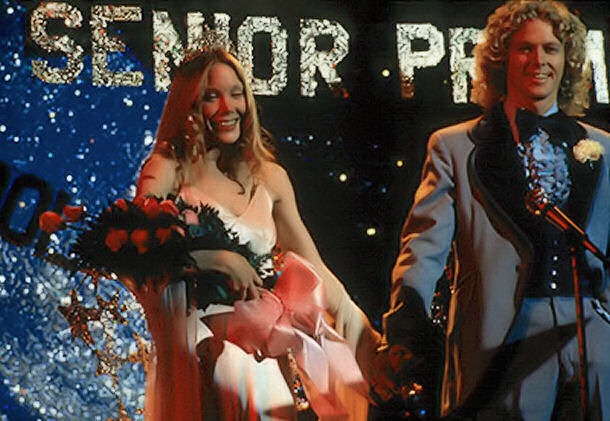 Between being harassed by her schoolmates and abused by her mother, Carrie is a highschool girl at the end of her rope.  However, a newfound gift gives her the power to get revenge on those who wronged her.  Carrie is an incredible film that gives us both an emotionally engaging antagonist and a sympathetic protagonist all in the same character.  Throughout the film you’re rooting for Carrie, just waiting for her to get revenge, but when she does she becomes something else.  She’s a terrifying figure that makes you want to run away in fear and give her a comforting hug all at the same time.  “Carrie” is also a bit of a fantasy trip for those of us that were the picked on in highschool.  Carrie’s story is relatable to all highschool kids, despite the movie being about a woman and dealing with female issues. 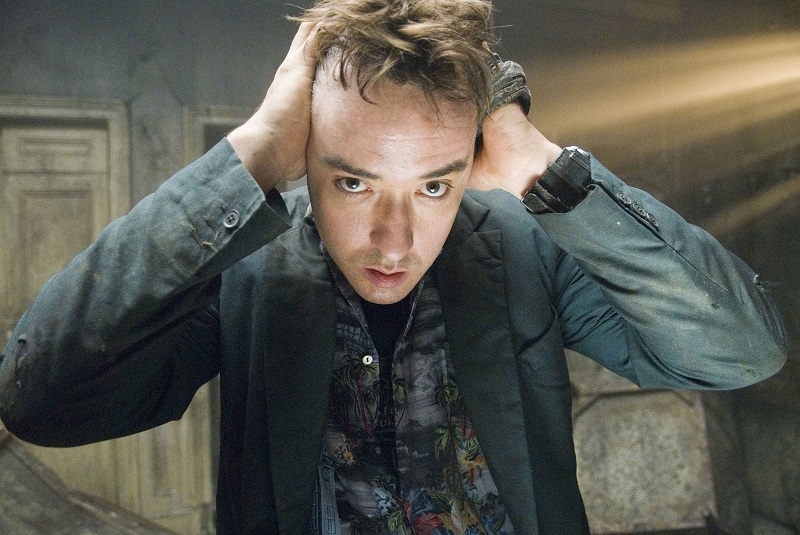 A sceptical author takes up the challenge  to stay in room 1408 despite being warned that the room is evil.  Soon the author realizes that there may indeed by truth to the room’s paranormal history.  “1408” is one of the less remembered Stephen King adaptations, but I have to say it’s also one of the best.  John Cusack has a great performance as the troubled Mike Enslin and Sam Jackson is great as always playing the ominous hotel manager.  The story does a fantastic job of playing with your expectations and twisting your mind a bit as you question what is real and what isn’t. 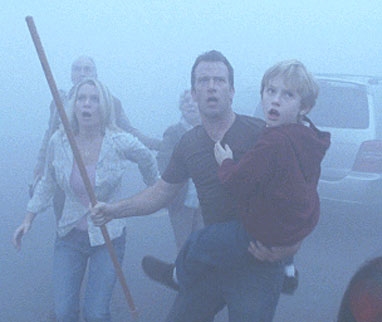 A small town is besieged by a mysterious mist that hides within it horrific creatures.  A father and his son take shelter inside of a supermarket where the occupants begin to descend into madness and turn on one another.  Talk about gut wrenching experiences.  The first time I watched “The Mist” I must’ve sat in silence for ten minutes after the movie ended.  I won’t give anything away, but “The Mist” is one of the most maddening experiences I’ve ever had while watching a movie. I wanted to punch a wall when it was over.  And I mean all of that in a good way.  When it comes to Stephen King adaptations director Frank Darabont is the best and “The Mist” is right up there with “Shawshank Redemption” and “The Green Mile.” 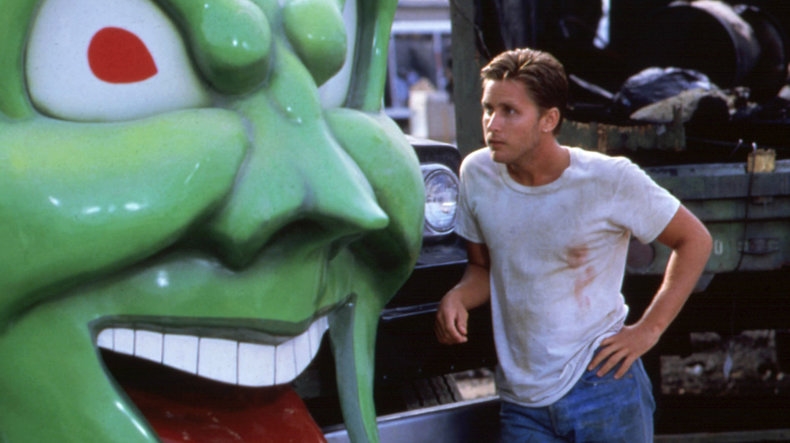 When the Earth passes through a mysterious space fog all of our machines come to life and begin to attack us.  Our only hope is Emilio Estevez. Without a doubt, “Maximum Overdrive” is the greatest thing to ever feature Stephen King’s name.

Okay, I’m screwing with you. It’s really quite horrible.  But damn it, I still love watching it. In terms of adaptations, it’s easily the best of the worst.  It was made during a strange time in King’s life and the film embodies that tumultuous era. 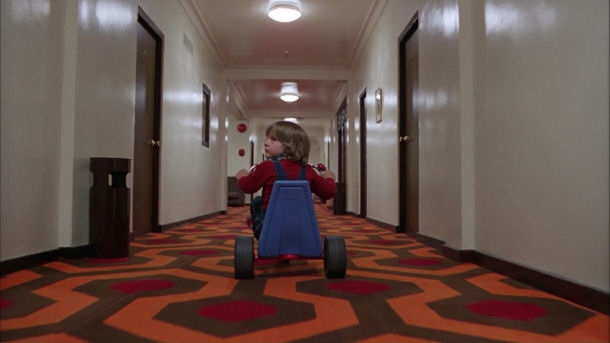 Recovering alcoholic Jack Torrance is asked to become the caretaker of the Overlook Hotel during the offseason.  Soon Jack begins to unravel as the hotel’s supernatural nature takes hold of his mind.  I know, what a big surprise that “The Shining” is my number one pick.  But there’s no getting around it, this is THE Stephen King adaptation.  Which is ironic because, for a time, Stephen King thought it was a terrible adaptation.  Since then he’s come around on the film and actually speaks highly of it, but for a time he didn’t love the work Kubrick put into it.  And that’s crazy to imagine given how much of a long lasting impact “The Shining” has had on pop culture and cinema. I know it’s cliche, but the number spot has to belong to “The Shining.”