What’s that? Scott Schirmer’s (Found) latest flick Harvest Lake stars Ellie Church? Sign me the hell up! This girl is the future and we’re so happy just to tag along for the ride, but first, check out Harvest Lake, it sounds awesome, plus it stars none other than Tristan Risk! Yep, what more could you want? Well, how about a European premiere and worldwide streaming? Head on down below and check out all the details.

Bandit Motion Pictures has just released their new film Harvest Lake on Vimeo-on-Demand in North America, South America, Asia, Australia, Africa, and many other territories around the world. The film, which won 9 awards at its Fright Night Theater Film Festival world premiere in Hamilton, Ontario, will make its European premiere at the Nocturna Madrid International Fantastic Film Festival, May 23rd through May 29th. On May 30th, it will be available at Vimeo-on-Demand everywhere around the world.

“We like Vimeo because it offers a high-quality viewing experience, it allows us to control the timing of distribution, and it’s a provider that treats filmmakers very fairly,” says Scott Schirmer, the film’s writer/director and co-founder of Bandit Motion Pictures. “Vimeo also works with many of people’s favorite devices, including iOS, Apple TV, Roku, and Chromecast.”

Harvest Lake stars Tristan Risk (American Mary) and Ellie Church (Headless) in an erotic horror/thriller about vacationing friends who fall under the seductive spell of a libidinous, otherworldly creature that threatens to change their lives forever. “It began as a creature feature,” says Schirmer. “But it quickly evolved into a movie that was more about sex and the Id. What happens when we let the Id win? Can sex change us forever? Can it destroy us? I enjoyed making the movie as a fun, weird, and sexy way of exploring these questions. I hope audiences find it both disturbing and arousing.” Harvest Lake is the second feature from Schirmer, whose first film Found played at over 40 festivals worldwide and has been released on DVD and VOD in North America, the UK, Germany, and Australia.

Schirmer and Bandit Motion Pictures partner Brian K. Williams (Time to Kill) plan to make the film available for downloadable purchase through Vimeo later this year. Limited Edition Blu-rays are currently available exclusively at www.banditmotionpictures.com while supplies last. The filmmakers will have a presence and merchandise for sale at Days of the Dead in Indianapolis, June 24th-26th, and at Slaughter in Syracuse, July 9th and 10th.

As Harvest Lake continues to reach new audiences through film festivals and platform releases, Williams and Schirmer are already at work on their next film. “This one’s more of a straight-forward, traditional horror movie,” says Schirmer. “But with heart. Dark and twisted heart.” Principal photography begins May 12th. 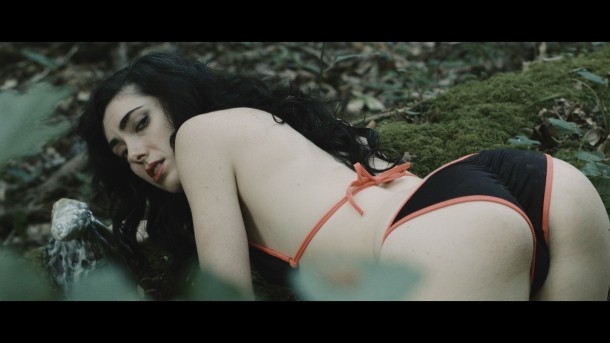