Lost Time: The Trailer and Poster 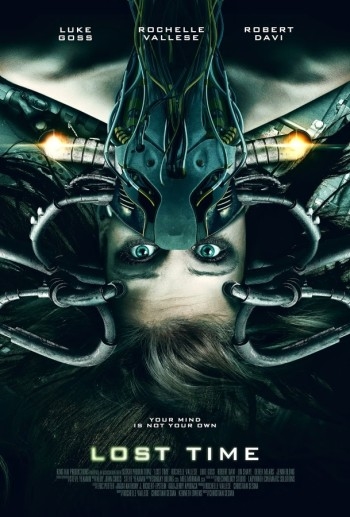 Another goodie coming out this month, as this September month is warming up to the best holiday of the year, is Lost Time. Interesting story-line that involves a woman seeking medical attention only to find out that she has cancer. Then the weird happens as blinding lights stop the main character and her sister in the middle of the road.

Lost Time is a horror and sci-fi thriller from director Christian Sesma (On Bloody Sunday) and was recently screened at the Sci-Fi-London Film Festival last spring to some mixed reviews but overall has been praised as visually stunning. We have one such review from our friends at 28 Days Later Analysis who reviewed the synopsis of the film when it was doing its festival circuit:

The story for the film begins with a strange encounter on the road. Melissa (Jenni Blong) and Valerie (Vallese), who are sisters, experience a bright light and lost recollections, while on a sojourn. They attempt to piece back their memories with help from a clinician, who has written a book on similar experiences. But, Dr. Reed might be more interested in covering up rumors of alien abductions and help is not the first thing on his mind.

The film stars Rochelle Vallese, Luke Goss, Robert Davi, Derek Mears and Lin Shaye. And if Luke Goss, who has been in such supernatural/comic-turned films like Blade II and Hellboy II, doesn’t tickle your fancy – then maybe time displacement, and extraterrestrials doesn’t tickle your fancy, then perhaps the moody settings and production design with all the very sci-fi-esque lighting will woo you into watching this new title.

This movie will be available via VOD September 19th as one of many titles warming up to the bloody-good Halloween season.

You can let us know what you think by checking out the latest trailer here: